Zinc is the second most abundant metal in your body and it is crucial for healthy brain development and function*. Cells in your brain, called neurons, interact with each other by releasing chemicals called neurotransmitters that carry signals from one neuron to another. For your brain to form ideas quickly and efficiently, zinc must be available in the cells that release neurotransmitters.(1)

As you get older, you’ll naturally feel less energetic than your younger self, but even as your body gets older, your brain doesn’t have to! According to a study by researchers at the National Italian Research Center on Aging that included over 800 elderly patients across Europe, there is a correlation between higher zinc levels and healthy brain aging (2). These 800 patients were tested using the Mini-mental state examination (MMSE), which is composed of questions that examine attention, recall, language skills, and orientation. Based off MMSE scores and levels of zinc in the patients’ bodies, researchers found a significant correlation between higher scores and higher levels of zinc.

Are you bad with names? Have you even forgotten your phone number or the address of that restaurant you love? Zinc can help! In a study done on adult nursing home patients by researchers from the Medical University of Bialystok in Poland, groups with more zinc scored higher on tests that are associated with cognitive ability, such as the Abbreviated Mental Test Score (AMTS), which includes questions that test for early indications of dementia and confusion (3). From the AMTS and interviews with the patients, it was concluded that “Zinc concentrations were higher in subjects with unimpaired cognitive function compared to subjects with memory impairment.”

Do you or a loved one have ADHD? If so, zinc could significantly decrease impulsivity and hyperactivity. In a trial performed by doctors at the Karadeniz School of Medicine in Turkey, 400 children diagnosed with ADHD were randomly split into groups that were either given zinc supplements or a non-active supplement (4). At the end 12 weeks, the children’s symptoms were measured with several tests that examined the severity of ADHD and the results showed that zinc supplementation did reduce symptoms of ADHD.

Tips to get more zinc into your diet

Zinc can be found in many foods, so it should be easy to get your daily recommended levels of 11 mg/day for male adults and 8 mg/day for female adults (National Institute of Health) (5).
Zinc can be found in high protein foods such as beef, pork, and lamb. If you’re vegetarian you can also get more zinc through nuts, beans, and grains.
Lastly, supplements such as MicroNourish can also satisfy your needs! 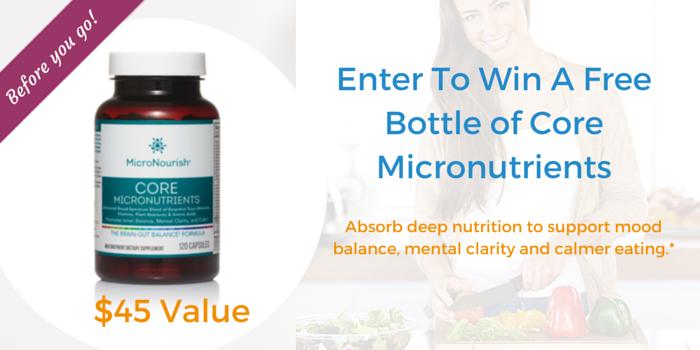